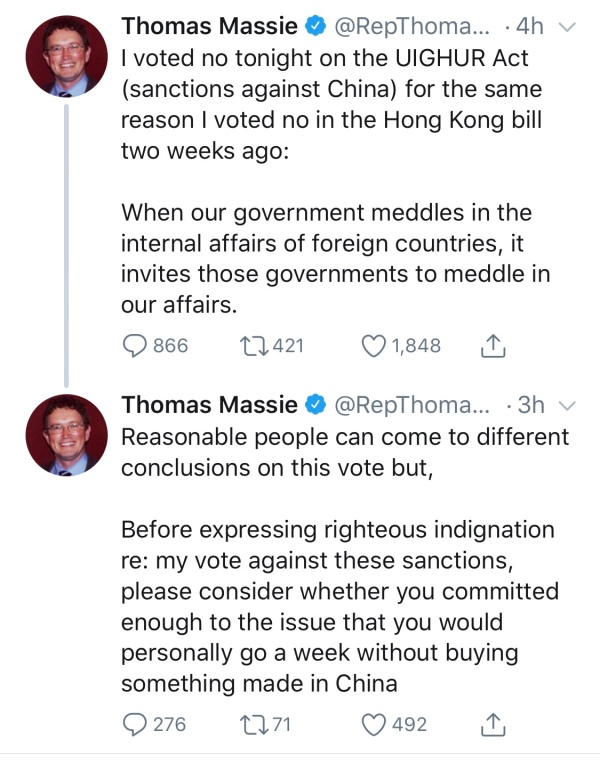 The issue of religious liberty is an issue of concern for us all. If a person or group is singled-out or mistreated because of their religion, then any other group can be singled-out as well. Fundamental religious freedom is a bulwark of what it means to be free in the United States of America. The persecution of a peoples because of their ethnicity and religion is a fundamental offense on basic human rights and any culture with a conscience cannot be silent. Those who do not voice their opposition to the mistreatment of others, will eventually have no one to speak for them when they are mistreated.

Right now, China is believed to be detaining around a million Uighur Muslims in camps in Xinjiang. This detention is said to be China’s fight against Islamic extremism. Secretary of State Mike Pompeo condemned China’s treatment of the Uighurs earlier in the year. Yesterday, December 5, 2019, the United States House of Representatives voted almost unanimously to pass the Uighur Act of 2019. This Act condemns gross human rights violations linked to Beijing’s crackdown on the Uighurs. The bill also encourages President Trump to sanction Chinese officials who are said to be behind the actions taken against the Uighurs. 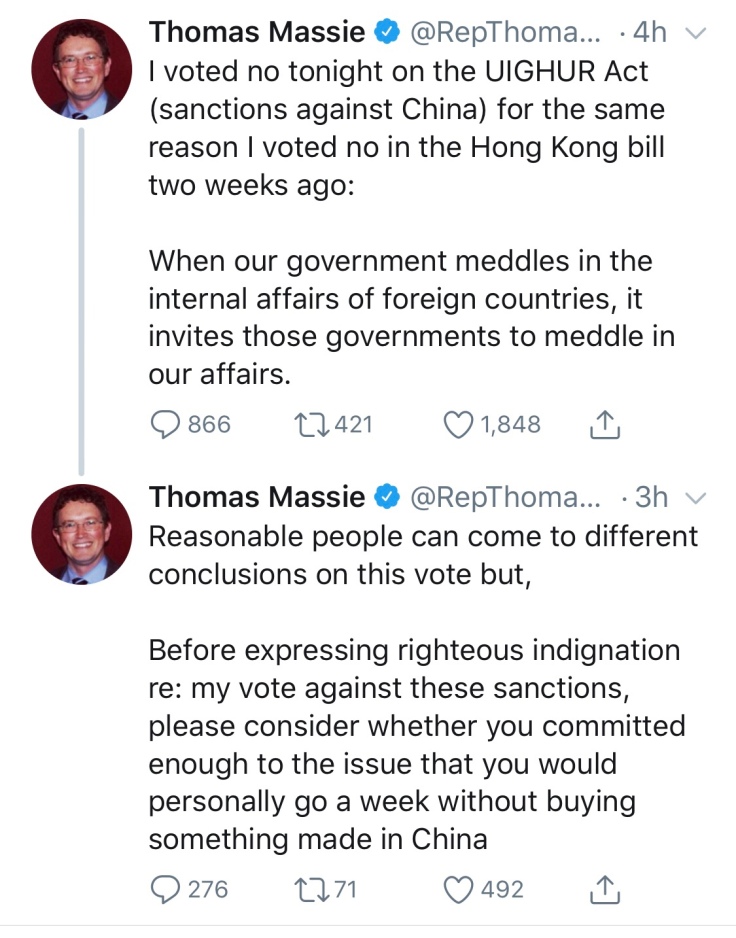 As a resident of the Kentucky’s 4th Congressional District, it is the “almost” in the support for the Uighur Act that is concerning to me. Congressman Thomas Massie is the lone Nay vote against the Act. It is the Congressman’s rational in voting against this Act that is most concerning to me. He voiced his reasoning on his Twitter account. His reasoning can be summarized in two points: The United States should mind our own business and we must not endanger our relationship with China unless we are willing to forfeit our use of the products they produce. 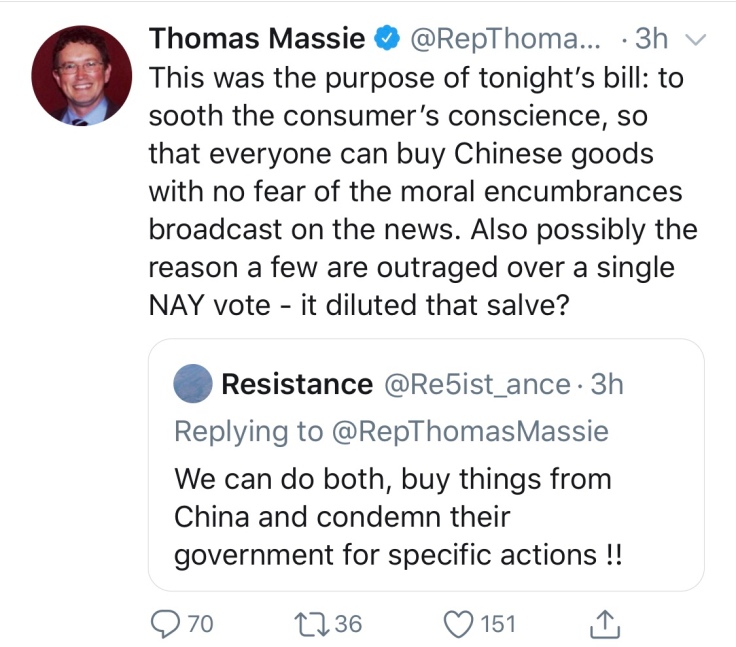 His reasoning is horrifying to me. First, his ideology lends itself to the same mindset that has enabled countless atrocities around the world. If we claim at any level to be moral people, we cannot be silent when we see such injustices. As a Christian, if I want religious freedom for Christianity, I must defend it for other religions. Second, as a resident of the congressional district that Massie represents, I find any references from him about economic issues almost laughable. Eastern Kentucky is an economically depressed area and to my knowledge he has done nothing to help spur economic change to the area he represents. The greater issue is his reasoning which puts a price on human rights. We can never be so beholden to our conveniences that we cannot protect the rights of our fellow humans.

Would you be willing to express your concern and opposition to Congressman Massie, his Nay vote, and his reasoning? Would you contact his Washington, DC office? (202) 225-3465